I’ve been burning 100% B100 BioDiesel for several weeks now, and so far so good. The truck seems to like it just fine, though my mileage appears to be down at least a couple miles per gallon. I suppose this is because the BioDiesel has less BTUs. At any rate, the exhaust smells better, especially once it’s warmed up. I have a 55 gallon drum of the stuff along side the 55 gal drum of 100% WVO already de-watered and filtered to 1 micron. Question is do I continue to burn the BioDiesel and eventually set up my own BioDiesel Appleseed processor, or do I take a chance and blend the two and keep my fingers crossed that I don’t sludge up my valve train and Bosch P7100 injection pump. These things are expensive and the heart and lungs of the Cummins.

Speaking of Sludge, I have been getting a Water In Fuel (WIF) light on the dash. I immediately thought that I may have gotten a bad batch of BioDiesel. I was warned by several folks that I’d go through a couple of fuel filters when I started running BioDiesel, because it’s a very powerful solvent and will clean out my tank, fuel lines etc. The old Dino Sludge will be cleaned out, and clog up my filter prematurely until the system is sparkly clean. So I drained the fuel filter bowl yesterday into a clean mason jar, and then pulled the fuel filter. Fuel Filter didn’t look so dirty, though there was some sludge in the fuel filter bowl. There was one pea sized chunk of white spludge looking stuff, that I suspect was shorting out the WIF wires. There was NO water in the fuel. This the second time in a week that I’ve drained the bowl, and neither time did I find water. Put in a new filter and have set aside the jar of biodiesel along with a jar of WVO to see if anything settles out over the next week or so. Then I’ll put them both in the fridge and then the freezer and see if they solidify or separate.

While I was at it, I removed the bowl from the fuel preheater to replace the filter/strainer. Oh, oh. There’s sludge, and this is not the good kind of sludge. This is black slimy stuff that is fungal in nature and is known for doing some serious damage to fuel systems. This very truck had it’s own fuel tank dropped a year or two ago, when the previous owner got a bad batch of Diesel. He paid a bunch of money to have the whole fuel system purged and cleaned. He then ran an additive in his fuel every fill up to kill off any remaining nasties. Well the dealer missed this filter. 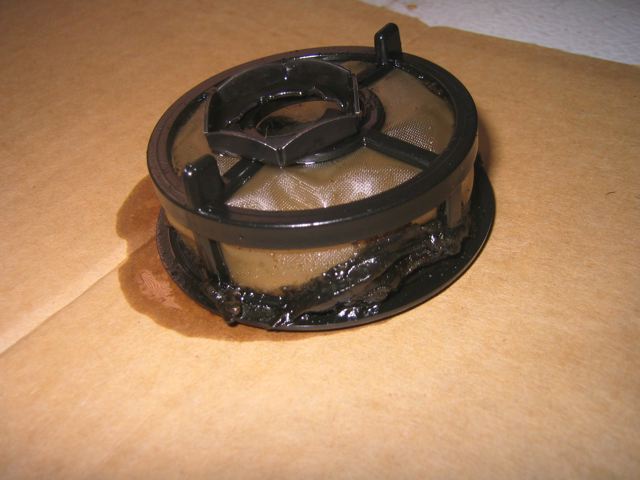 I am pretty sure this bug didn’t get introduced with the BioDiesel, rather it was old funk that was missed. At any rate the BioDiesel in the tank got a double dose of anti-fungal treatment. This stuff is NASTY. I wonder if there is any other of this stuff in the fuel system.

Restaurants have a tiny bit of a problem with used cooking fats, oil and grease clogging up their own plumbing...

My Dodge truck has had a few fuel related issues over the past year and half I’ve owned the truck....

Keeping Track of the Important Stuff That We Love

Keeping track of the important stuff that we love can be a daunting process. And so I generally keep links...